Today I have the pleasure of featuring Shannon Delany and her YA book, Weather Witch. 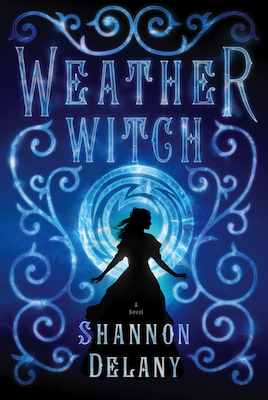 The first in an exciting new young adult series from 13 to Life writer Shannon Delany, Weather Witch is about a young woman enslaved for being a weather witch, and who must fight for her freedom to be with the boy she loves.

Some fled the Old World to avoid war, and some fled to leave behind magick. Yet even the fiercely regulated New World–with its ranks and emphasis on decorum–cannot staunch the power that wells up in certain people, influencing the weather and calling down storms. Hunted, the Weather Witches are forced to power the rest of the population’s ships, as well as their every necessity, and luxury, in a time when steam power is repressed.

Jordan Astraea hails from a flawless background with no taint of magick, but on her seventeenth birthday she is accused of summoning an unscheduled storm. Taken from her family, Jordan is destined to be enslaved on an airship. But breaking Jordan may prove to be the very thing her carefully constructed society cannot weather.

Book Trailer link:
http://www.youtube.com/watch?v=TFI77toA2Hc
Buy Links:
http://www.barnesandnoble.com/w/weather-witch-shannon-delany/1113012072?ean=9781250018519
http://www.barnesandnoble.com/w/13-to-life-shannon-delany/1100358720?ean=9780312609146
Excerpt for Weather Witch:
The knock roused Bran from his reading, and taking the lantern, he stumbled to the door of his modest apartments on the tower’s thirteenth story. Listening for any sign of trouble (because a summoning at such an hour was highly unusual) the Maker slid open the peephole and peered out at one of the town’s watchmen. He was a great beast of a man, tall, broad, and with a wicked scar that turned his every expression into a sneer.
“Mister Maker, sir. Seems we’s got a late night delivery of some import for you,” the man said, his rank breath seeping in to sting Bran’s eyes.
Bran slammed the peephole shut, squinting. “There is no delivery of such great import that should pull a man from his privacy at this hour. Find me first thing in the morning,” he ordered. As he turned away, more knocking sounded. A distinct and rapid knocking. “Sir, good Maker,” came the high-pitched voice of Maude, the head servant. What brought her to his door at such an hour raised many questions in his mind. He and she had parted ways weeks ago and he had already seen her enjoying the attentions of another man.
“Good Maker,” Maude tried again, “I really must insist…”
He rubbed his eyes and fiddled with the locks on his door, grumbling his way through each. “Dear God, Maude, what could possibly have been delivered at such an indecent hour and of such great import as to cause you and a watchman to be at my door demanding my attention?” The door groaned open and he glared at them both with equal vitriol.
One hand tucked behind her back, Maude looked over her shoulder and made a soft cooing noise. The watchman shifted his substantial weight from one foot to another, peering behind Maude’s back.
“What?” Bran demanded.
“Have a care, you’ll frighten the poor dear…”
“The poor–?” He dodged around her, shoving Maude aside.
There was a squeal and a blur of movement as a child dashed behind Maude’s skirts to hide again.
About the Author:

Shannon Delany grew up in a community that was traditional and respectful of superstitions and old religions and was very creative. She was surrounded by arts, crafts, and other languages from a young age and enjoyed sampling everything that atmosphere had to offer. Her childhood directly impacted her fascination with myths, legends, and the paranormal and has enjoyed using that information to write her 13 TO LIFE and WEATHER WITCH novels and her short stories.
Also by Shannon – 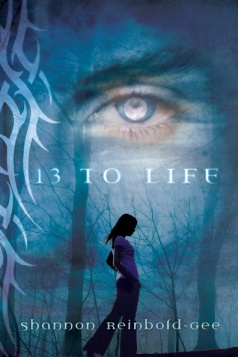