Shifters of the Land, Sea, and Air, 2

Chase, a golden eagle shifter, is destined to be the leader of his flock, the shifters of the air. But he has a few problems. Not only is he not ready for the responsibility, he isn’t even sure whom he wants as his mate—and there’s the little issue of an unsolved killing to sort out.

Ben is also a golden eagle shifter, but more importantly, he is Chase’s best friend and three-time lover. He wants to be his best friend’s mate, but can he be honest about his feelings?

Ariana is a young peregrine falcon shifter who has loved Chase for years. But how could she say anything? After all, why would he want her when he can have anyone he wants?

Three shifters, with three separate problems, all fighting to find out who they are and how they can love one another.

“Yeah, all better now thanks to Ariana and some sleep.”

Ben smiled, his brown eyes darkening at the mention of Ariana’s name.

“She your latest? Isn’t she a bit young to be fooling around with?”

Chase clenched his fists and glared at his friend, his best friend. He was also the only man Chase had ever fucked. The attraction between them was considered unnatural, but they had indulged in it the few times they had been drunk enough and alone.

“I’m not fooling around with her. I want to know more about her, and she literally ran away from me just now.”

Chase didn’t miss the pain and anger that flashed across Ben’s face before it was quickly disguised. What was that about?

Ben shook his head. “She’s cute but not on my radar.”

Envy pulsed through Chase, and he hated himself for it. The pleasure he experienced with Ben was unlike anything he had ever felt with any woman. If he wasn’t so attracted to Ariana he wouldn’t have believed he was equally attracted to both sexes. Now he knew he was.

Ben shook his head and shuffled his feet. “Are we going to talk to the elders today?”

“Yeah, I saw my dad last night, but we’ll need to present a full report to the council today I think.”

He moved away, and Chase reached out for him, gripping Ben’s thickly muscled arm. They had things they needed to talk about, and he hated the way Ben avoided anything personal.

He watched his best friend walk away, surprised by the intensity of Ben’s refusal. Ben was shorter than Chase, about six foot one, but he was heavier, thicker, more muscled. He was beautiful, with sandy blond hair and his warm brown eyes.

Chase groaned and began to strip. He needed to fly. He was so aroused, confused, frustrated. Where was his control? What was wrong with him?

He had felt the pull of change since he had turned thirty a few weeks ago, and it was frustrating as all hell.

He placed his jeans and shirt on his front step and shifted. His arms became powerful wings, and his face became a golden eagle’s beak and eyes.

He leapt and was soon soaring, the wind across his face and through his feathers, a truly wonderful feeling. Freedom.

He knew his father expected him to choose a mate, to step forward and claim the right to be flock leader. He was of the correct age and was the only son of the current leader. It was what was expected of him, yet he wasn’t ready for that sort of responsibility, especially when he didn’t have a mate to support him.

Chase flew high above the forest and moved directly over the land shifters’ houses. Amazing to think that only a few days ago they had attacked their neighbours over something unsubstantiated. Other feelings made him jerk and fly in another direction. Somewhere down there, their big tiger Alpha was making love to his male and his female mates. Jealousy pulsed through him so hard he had the urge to swoop down for a sticky beak. How would that even work, and could it be possible to find happiness in such a situation?

He flew farther and farther from home, only turning back when he was too tired to continue. He felt lost and confused. Only time would tell what and whom Fate had destined for him. Because God knows, Chase didn’t know.

I have 2 part time jobs, kids and a hubby and live in the best country in the world- Australia!
But writing is my pleasure, my escape, my sanity.
I hope you enjoy what I am writing because I loved writing it!

Link up with Tamsin – 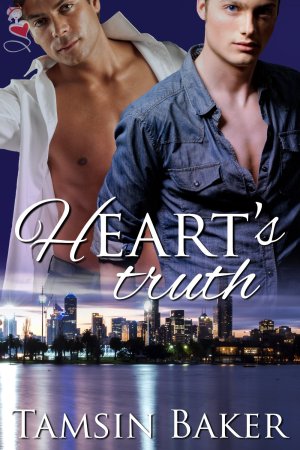 Marcus is a 30-year-old successful architect. He wants someone to love and knows the right man will turn up when he least expects it. That moment arrives at his friend’s party. He sees Danny for only a moment, yet his interest is piqued. What could be more irresistible than a blue-eyed beauty who is completely untouched?

Danny knows he doesn’t find women attractive, but how is he going to find out if he’s gay? His sister’s party answers his prayers and the most gorgeous guy he has ever seen asks him out. But can their love survive when Marcus wants more than a closeted partner and Danny wants nothing more than to hide forever?

This book is rated 5 on our ‘Steam Scale’.

I have 2 part time jobs, kids and a hubby and live in the best country in the world- Australia!
But writing is my pleasure, my escape, my sanity.
I hope you enjoy what I am writing because I loved writing it!

Link up with Tamsin –