I know, I know – I stuffed up this week. I missed my Friday Feature. I have a good excuse though. I was busy writing and so caught up in my book that I didn’t pay attention to what day it was – that’s reasonable right…???

Anyway, I am incredibly lucky that the author I’m featuring is such a beautiful person and completely understands that life isn’t always straight forward. She’s my very good friend A.V. Scott who has recently released the first instalment of her Dating Chronicles Serials.

Dating in New York City can be hazardous to your sex life. I should know. I just got out of a two year relationship with a man who chose drugs over a life with me. But, see, that’s the thing about dating in Manhattan. When one relationship is over, a better one is right around the corner.

WHERE CAN I BUY IT?

A.V. Scott was born in 1978 in Caguas, Puerto Rico and was raised in Brooklyn, New York.
She is currently an online blogger, freelancer, Poet and ebook author. She is a member of the Florida Writers Association.

She can be found on Facebook and Twitter, where she keeps readers up to date on her writing life.

Today I have the great pleasure of featuring author, Rebecca Reilly and her recent release Into Dark Waters. 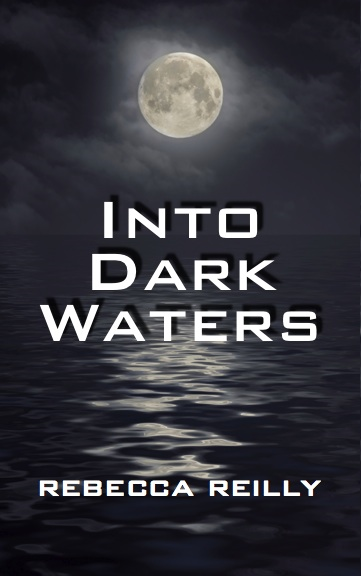 The mystery thriller, Into Dark Waters, sets murder, adultery, and intrigue against the backdrop of elegant ocean travel.  A cruise ship is an easy place to commit murder.  Body disposal’s a cinch, and suicide’s the likely verdict. The only problem is determining how to choose the next victim.

Sad and sexy, women find Detective Jim Tanger attractive.  He doesn’t care.  His wife’s suicide three years ago froze his soul.  When he hears that Sunburst Cruises has lost another young female passenger, and that it is assumed she committed suicide, Jim’s passions erupt.  He pushes the department and the cruise line into letting him investigate.  He thought he could do it from land.  When surges of single women sign up for a thirteen-day cruise to Hawaii, Jim is forced to go undercover.  Battling seasickness and overwhelming shyness, Jim must protect the women and find the killer only he believes exists.

Julie Cooper loves her husband Joel.  She hopes their anniversary cruise to Hawaii will be a new beginning for them.  Before her suitcases are unpacked, someone unleashes a campaign of terror against her.  Anonymous threats, cryptic messages in her cabin, and an attempt on her life force Julie to look at the one person who might want her dead; the one person she trusted with her life.

Joel is fond of Julie and glad he married her.  But right now he is shooting up the corporate ladder and the benefits have gone to his head.  Remembering his socially awkward youth, half of him is surprised at the money he is making and the prestige he now enjoys.  The other half is positive he earned it.  For the first time in his life, Joel believes he is irresistible.  Why wouldn’t he?  Kim Rochelle, every man’s fantasy, seduced him and now warms up his private office on a regular basis.  Too bad he’ll have to leave Kim when he cruises to Hawaii with his wife–or will he?

Excerpt from Into Dark Waters:

He moaned, deep and feral, as he watched her walk by.  I see you.  I see you gloriously alone.  Not a soul paying any attention to you–except for me.  “Don’t go back to your room yet, little Geri,” he whispered.  “Just keep going; the deck is waiting.  I know you well enough to know that you’ll choose to go somewhere private, away from the crowds.  Enjoy the beautiful night, Geri.  Keep walking.”  He smiled when she moved past her stateroom door with only the slightest hesitation.

It was dangerous to take her on the first night.  There were more people out walking around now than there would be later on in the cruise.  There was another problem.  After Geri was celebrated, there would be twelve nights left.  What would he do for all that time?  There would be no anticipation, no planning or no dreaming to entertain him.  Maybe he could look at the other girls.  He’d invited a lot of them.  But he never knew which ones would come, or which one would appeal to him when he saw her face.  He’d never spent time with more than one girl on the same trip.  He was a one-woman-man.  He laughed at his own joke.  But tonight Geri was calling him.  He would take care of Geri now and worry about the rest of the cruise later.

The white wake foaming up over the dark water mesmerized Geri; and the sheer power of the ship cutting across the ocean thrilled her.  Looking out, she could see nothing, just black.  No stars, no fish.  The sea felt almost sinister, and the hair on the back of Geri’s neck rose.  The great dark ocean swirled deeply beneath and around her, hiding predators and prey.  It showed nothing–revealed nothing, and it suited her mood.  She could hear dancing on the open deck above, but she did not want to be there.  The sound was too cheerful in contrast to her gloom.  Here she stood alone–she felt much safer when she was alone.  Geri didn’t hear him walk up behind her.  She sensed his presence only as he slid the scarf around her neck.  Before she could move or make a sound, he twisted it tight.  Then there was nothing at all.

Rebecca Reilly spent 39 days traveling the oceans last year to “research” Into Dark Waters.  She loves research!  When she’s in her Northern California home, she works as a pastor of student ministries, a massage therapist, a health coach, and a writer.  Rebecca enjoys variety in life and in books.  Nora Roberts, Georgette Heyer, Jane Austen, James Patterson, LM Montgomery, and Lisa Lutz are among her favorite authors.  She enjoys writing mysteries, but has also written humor (Diary of a Christian Woman: How I Used 50 Shades of Grey to Spice Up My Marriage) and a children’s chapter book (The Geek Club).  Right now, Rebecca is working on follow-up novels in all three genres.  You can follow Rebecca on Facebook (facebook.com/RebeccaLynnReilly) and Twitter (twitter.com/RebeccaReillyL).

Tagged as friday feature, Into the Darkness, rebecca reilly

Today I have the pleasure of featuring Shannon Delany and her YA book, Weather Witch.

The first in an exciting new young adult series from 13 to Life writer Shannon Delany, Weather Witch is about a young woman enslaved for being a weather witch, and who must fight for her freedom to be with the boy she loves.

Some fled the Old World to avoid war, and some fled to leave behind magick. Yet even the fiercely regulated New World–with its ranks and emphasis on decorum–cannot staunch the power that wells up in certain people, influencing the weather and calling down storms. Hunted, the Weather Witches are forced to power the rest of the population’s ships, as well as their every necessity, and luxury, in a time when steam power is repressed.

Jordan Astraea hails from a flawless background with no taint of magick, but on her seventeenth birthday she is accused of summoning an unscheduled storm. Taken from her family, Jordan is destined to be enslaved on an airship. But breaking Jordan may prove to be the very thing her carefully constructed society cannot weather.

Book Trailer link:
http://www.youtube.com/watch?v=TFI77toA2Hc
Buy Links:
http://www.barnesandnoble.com/w/weather-witch-shannon-delany/1113012072?ean=9781250018519
http://www.barnesandnoble.com/w/13-to-life-shannon-delany/1100358720?ean=9780312609146
Excerpt for Weather Witch:
The knock roused Bran from his reading, and taking the lantern, he stumbled to the door of his modest apartments on the tower’s thirteenth story. Listening for any sign of trouble (because a summoning at such an hour was highly unusual) the Maker slid open the peephole and peered out at one of the town’s watchmen. He was a great beast of a man, tall, broad, and with a wicked scar that turned his every expression into a sneer.
“Mister Maker, sir. Seems we’s got a late night delivery of some import for you,” the man said, his rank breath seeping in to sting Bran’s eyes.
Bran slammed the peephole shut, squinting. “There is no delivery of such great import that should pull a man from his privacy at this hour. Find me first thing in the morning,” he ordered. As he turned away, more knocking sounded. A distinct and rapid knocking. “Sir, good Maker,” came the high-pitched voice of Maude, the head servant. What brought her to his door at such an hour raised many questions in his mind. He and she had parted ways weeks ago and he had already seen her enjoying the attentions of another man.
“Good Maker,” Maude tried again, “I really must insist…”
He rubbed his eyes and fiddled with the locks on his door, grumbling his way through each. “Dear God, Maude, what could possibly have been delivered at such an indecent hour and of such great import as to cause you and a watchman to be at my door demanding my attention?” The door groaned open and he glared at them both with equal vitriol.
One hand tucked behind her back, Maude looked over her shoulder and made a soft cooing noise. The watchman shifted his substantial weight from one foot to another, peering behind Maude’s back.
“What?” Bran demanded.
“Have a care, you’ll frighten the poor dear…”
“The poor–?” He dodged around her, shoving Maude aside.
There was a squeal and a blur of movement as a child dashed behind Maude’s skirts to hide again.
About the Author:

Shannon Delany grew up in a community that was traditional and respectful of superstitions and old religions and was very creative. She was surrounded by arts, crafts, and other languages from a young age and enjoyed sampling everything that atmosphere had to offer. Her childhood directly impacted her fascination with myths, legends, and the paranormal and has enjoyed using that information to write her 13 TO LIFE and WEATHER WITCH novels and her short stories.
Also by Shannon –