A Beautiful Halloween – David and Katrina

Happy Halloween!!! Get on over to Reading Between the Wines to read about David and Katrina’s Halloween costumes!

After Phoenix – An Interview with Paige and Elliot

Today, I’m very lucky to sit down with Paige and Elliot via Skype. They are sitting on the couch in the living room of their flat in Bondi, while their baby, Grace, is taking a nap. I am in my dining room in Melbourne.  I called them because I wanted to talk about how they’re feeling now that Phoenix: The Beauty and between has been released.

Me: Hi guys. Thanks so much for agreeing to talk with me today.

Me: Phoenix, the book about Paige’s past has been out for a little over a week now. So far we’ve had a really great response to it. How are you feeling?

Paige: *Shifts slightly in her seat and looks briefly at Elliot, who smiles encouragingly*  To be honest, I’ve kind of been keeping my head down and pretending it’s not happening. I mean – I’m glad I told my story. It was really cathartic going back through my life and putting it all out there. But, it was also really difficult, and I needed a few extra therapy sessions and the constant support of my husband and lots and lots of hugs from Grace to get through it.

Me: What about you Elliot?

Elliot: I’m really proud actually. Paige did have a really hard time working with you through that book, and I’m in awe of her strength and determination. As horrible as everything that happened to her was, I think that she’s come out the other side of it all as an amazing woman… *Paige looks at Elliot and presses her lips together in a watery smile. I sit quietly and watch as he slips his arm around her shoulders and kisses her on top of her head. After a while their attention turns back to me.* Although, in saying all of that, I still want to hunt all of those guys down and beat the shit out of them for hurting my wife.

I have to ask Paige, have your parents looked at the book at all?

Paige: Um… I don’t think so. I don’t think my mother could actually face exactly what happened to me. She feels really guilty as it is, and it’s been a struggle for us just to get to the point where we speak to each other occasionally. Daniel, my father, doesn’t want to read it. Frankly, I’m glad they’re not reading it. They’re already hurting enough from what little they know.

And, as for the rest of my family – I still don’t have any contact with my brother and sister or my step father.

Me: You mentioned how difficult this process was for you. How do you think it’s affected your relationship?

Paige: I think it’s made us closer.

Elliot: Absolutely. Before we were married, Paige told me as much of her story as she could and she’s had a lot of therapy to help her deal with everything in her past. But going through it all in such detail made her very emotional. I needed to be there for her and make sure she felt loved unconditionally. It was a hard time for us, but in the end we’re even stronger than we were before.

Paige: Elliot was amazing during the process. He’s always been amazing though. Even though I had told him everything I’d done. I still had this worry that when he found out the exact details that he’d reject me. There wasn’t a single moment where I felt judged by him, and he didn’t make me feel pitied either. He just… understood me. Supported me. I don’t think I would have gotten through it without him.

*I can actually feel the love that radiates off this couple. At this moment, I feel as though I should leave the room and give them a moment. But I don’t. We have an interview to finish.*

Me: What changed your mind about therapy? You were always so against it while you were recovering originally.

Paige: When I first went into recovery, I couldn’t stand to think about my past anymore. I think I needed to cut myself off and focus all of my energy on having a future just so I could function every day.

But, when I found out I was pregnant with Grace, they asked me questions about my past to assess my risk of getting pre or post natal depression. Obviously, I was flagged as a risk and offered counselling.

I decided to do counselling properly this time. I wanted to make sure that I would be the best mother for my baby. I didn’t want to even risk having something happen because I wasn’t mentally sound.

Plus, I guess it was just time to talk about it. I’d kept it all inside me for so long. It was time to let it out.

Me: Is that part of the reason you agreed to this book?

Paige: Yeah, it is. I spoke to my therapist about it, and she thought it would be a great way to expunge all of the hurt and anger I still had inside me and she was right. When we finished I felt as though I’d become a little lighter. I didn’t have such a heavy feeling in the pit of my stomach anymore.

Me: I’m glad it’s helped in some way. Although, I am sorry that I dragged you back through your past again – I feel a bit bad for doing that.

Paige: There’s no need. I think it was actually really important for me that I went through it all again. That way I could look at it with adult eyes and adult understanding and move on.

I’m glad people are reading it and liking it though, I read some of the reviews. It makes me feel better that they’re understanding me more now.

Me: If there was one thing that you could say to everyone out there. What would it be?

Me: So true. Well, that’s it for now. Thank you both so much for speaking with me today. I, and I’m sure my readers, really appreciate it.  Give Grace a hug for me when she wakes up from her nap. Oh, and let Naomi know I’ll be following her around as of tomorrow.

Paige and Elliot: *Smiling* Will do! Thanks for the chat. We’ll talk to you soon.

*At this point we all wave and disconnect from Skype. I have to exit the ‘Beautiful World’ and re-enter the world that is my reality*

And I’m back!!!  Hope you enjoyed talking with Paige and Elliot! I’m sure I’ll feel the need to talk to them again at some point in the near future (I miss my characters once the books are finished)

If you are yet to read Phoenix, it’s available now!

Tagged as aussie romance, beautiful series, character interview, just a bit of fun for a sunday, new adult author, paige and elliot, Phoenix, The Beauty in Between

Phoenix Giveaway Drawing – Did you win???

It’s time to draw the winner of the signed print copy of Phoenix and the $20 Amazon voucher that goes with it. Thanks to everyone who took the time to share the image for me to let the world know that Phoenix was available!

For those of you who didn’t know Phoenix was out, here are the links – 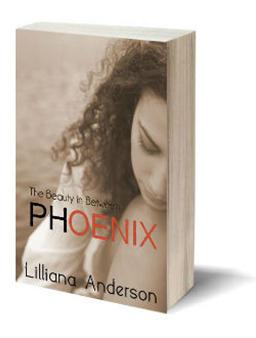 Ok, so I obviously have too much time on my hands right now because I’ve taken a couple of weeks off since I finished writing Phoenix. As a result, I did the drawing via video, with the help of my lovely daughter. Have fun watching and good luck! CLICK HERE to go to youtube and watch or if you can see the video below go all clicky down there to watch it on my blog 🙂

Congratulations to the winner! You will shortly receive a PM from me, so check your messages on Facebook 😀

Phoenix is LIVE!!! Giveaway and Sale to celebrate!

Let’s celebrate! Anyone who clicks on and shares this image

is automatically entered into the draw to win a signed print copy and a $20 Amazon gift voucher!

Winner will be drawn on October 3rd! Good luck

Find Phoenix and my other books here –
Apple – https://itunes.apple.com/au/artist/lilliana-anderson/id562687294?mt=11